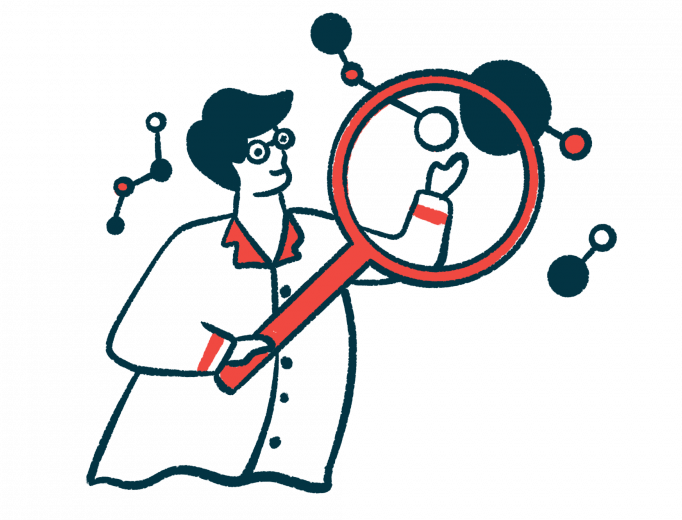 A mucus protein called MUC5AC may contribute to the abnormally thick and sticky mucus that develops in people with respiratory diseases such as chronic obstructive pulmonary disease (COPD), a new study shows.

“MUC5AC seems to be crucial to the formation of stagnant, thicker mucus we see in pulmonary diseases, such as chronic bronchitis and asthma, and we think it should become a target of drug development for a host of conditions,” Mehmet Kesimer, PhD, professor of pathology at the University of North Carolina (UNC) School of Medicine and study co-author, said in a university press release.

The study, “Assembly and organization of the N-terminal region of mucin MUC5AC: Indications for structural and functional distinction from MUC5B,” was published in PNAS.

Mucus is a wet, slippery substance produced in many organs that serves critical roles in health. It is made primarily of water and proteins called mucins. There are different types of mucin proteins, each with slightly different forms and functions. Thus, differences in which mucins are most abundant help to inform variations in mucus.

The main mucin found in mucus in the lungs is called MUC5B. Another mucin, MUC5AC, also is found in lung mucus but usually in lower amounts. However, levels of MUC5AC are known to increase in response to respiratory irritants, like cigarette smoke. High MUC5AC levels also are characteristic of lung diseases like COPD.

The structure of the MUC5B and MUC5AC proteins are overall very similar, but they differ notably at one end — specifically the N-terminal end. The consequences of these structural differences on protein function are unclear.

Now, an international team of scientists conducted a series of biochemical tests so as to better understand these differences.

The team also showed that MUC5AC was able to bind more effectively to hydrophobic or water-repelling surfaces — such as the surfaces in airways — “which suggests that MUC5AC may be ‘stickier’ than MUC5B,” the researchers wrote. This difference implies a functional relevance to the structural differences in the N-terminal regions of the two proteins.

“The unique feature of MUC5AC described here (i.e., the ability to both dimerize and trimerize/tetramerize via its N-terminal region) gives MUC5AC the ability to make a tighter gel,” the researchers noted.

The team speculated that a tighter mucin gel — and, by extension, denser and stickier mucus — might be useful in protecting the lungs from inhaled irritants or infections. But when there is ongoing inflammation in the airways, as in COPD and other lung diseases, the thicker mucus can instead end up contributing to the disease by clogging airways.

“We think our findings show why MUC5AC is so closely associated with the pathologies [diseases] in the lung, and why MUC5AC could be a ‘bad mucin’ as compared to MUC5B,” Kesimer said.

“Therefore, we think it should be seen as a potential target for compounds that could help preventing disease initiation and progression and improve lung function of people with chronic respiratory conditions,” he said.

This research project was funded, among others, by the COPD Foundation and the National Institutes of Health.